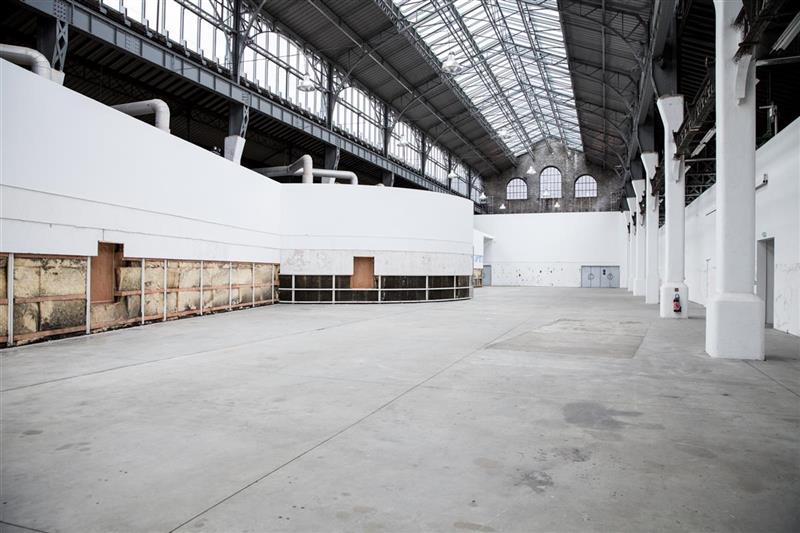 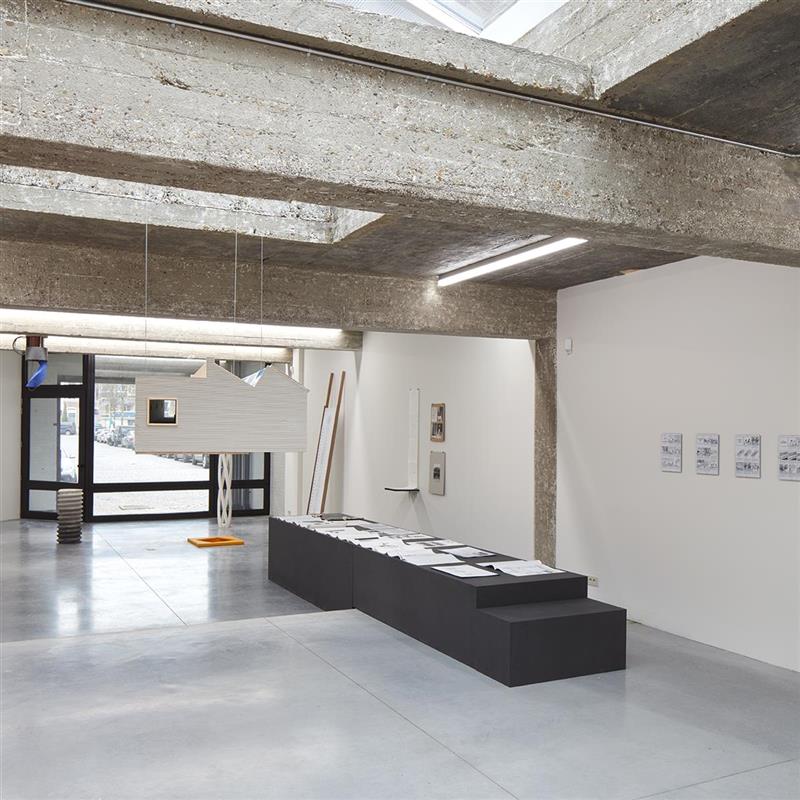 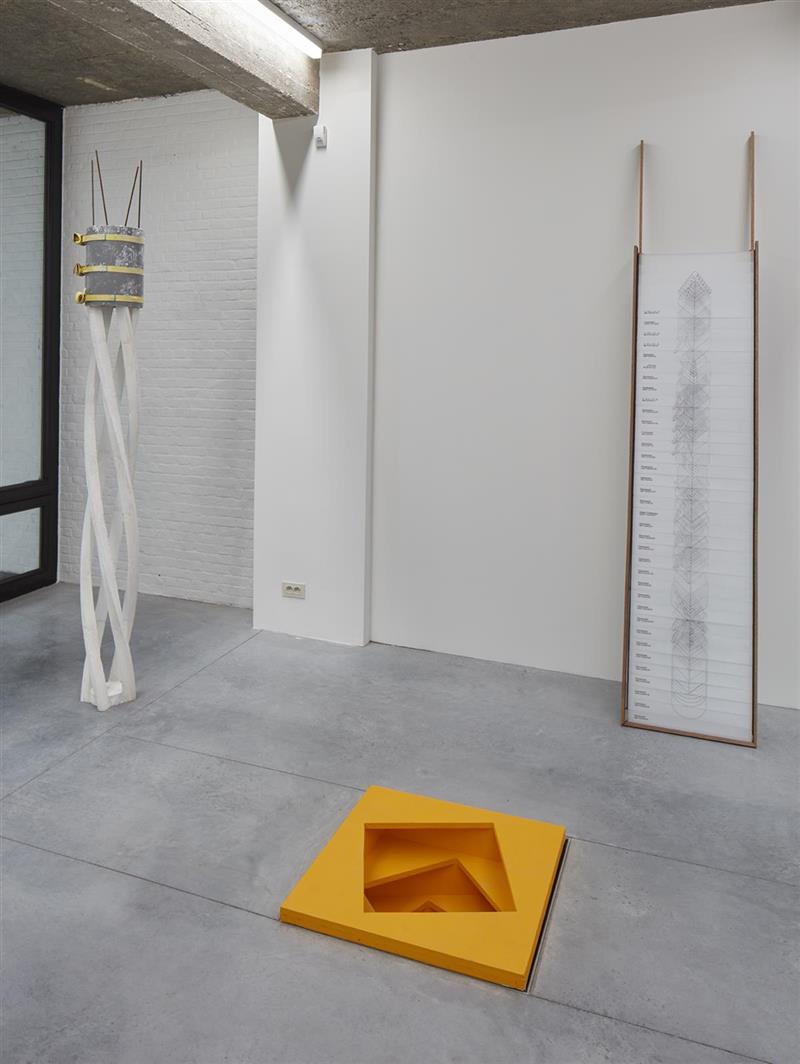 “One of the most important places for French contemporary art during the eighties and nineties, Le Magasin in Grenoble, France, hasn‘t been renovated since, and its gargantuan spaces are not adapted to the actual modes of artistic production. New director Beatrice Josse, who renamed the institution Magasin des Horizons, asked me to rethink the architecture of La Rue, the central space of the building, by means of artistic interventions. I started by peeling off the walls underneath a series of (horizon) lines, revealing the bad state of the building and the traces left by 30 years of installations.” (Adrien Tirtiaux - La Quête des horizons)

“Lieux de Papier” presents artistic proposals of Jef Geys & Adrien Tirtiaux for this institution, both being invited by Le Magasin within a time difference of three decades. The exhibition further displays a selection of works by Adrien Tirtiaux realized between 2012 and 2021, echoing Jef Geys' polymorphic practice.

The performative Baukunst of Adrien Tirtiaux (°1980)